Taking into account the preferences of the exhibitors and last year's experience the Board of HPBA decided to organize the 94th Festive Book Week between 8th and 11th of June 2023 on Vörösmarty tér and Dunakorzó.

The 28th International Book Festival will take place between 28th of September and 1st of October 2023 at Millenáris, the country of honour will be the Netherlands.

After the success of Slovakia as guest of honour in 2016, the country's literature will have another opportunity to present itself at the Budapest International Book Festival. With the participation of the civic association BÁZIS, 29 volumes will be presented at the event with personal participation of the authors - among them are such names as Peter Balko, Silvester Lavrík, Michal Hvorecký, Katarína Kucbelová, Jana Juráňová. Authors from the youngest generation will also participate (Nicol Hochholczerová, Dominika Madro, Alena Sabuchová) as well as children's book authors (Jana Bodnárová, Andrea Gregušová, Eva Urbanová). Another special feature of this year’s guest of honour is that, in addition to Slovak authors, representatives of the Hungarian literary life of Slovakia will also participate in several programs. Five Hungarian literary journals - Jelenkor, Tiszatáj, Kalligram, Alföld and Irodalmi Szemle - will have a Slovak literary block. The Festival also pays special attention to Hungarian translators of Slovak literature. The volumes of Slovak authors will be presented by outstanding representatives of Hungarian literary life, including authors known in Slovakia as well, such as Pál Závada or Gábor Németh. The Slovak exhibition stand will be opened by György Dragomán and Anna T. Szabó together with the guests from Slovakia.

The 27th International Book Festival Budapest will take place between 29 September and 2 October.

The Budapest International Book Festival, now being held for the 27th time, is a noted event of the international book world, the region's defining professional and cultural forum.

The festival awaits its visitors at the Millenáris, in a sophisticated environment, in an easily accessible, central location, with even more modern and beautiful exhibition spaces in the Reception (building G), and the Glass Hall (building D) and the park of the Millenáris.

The Budapest International Book Festival traditionally hosts the world's most prestigious writers and poets. The guest of honour at this year's festival is Nobel laureate Svetlana Alexievich, who will also receive the Budapest Grand Prize from the Mayor of Budapest. 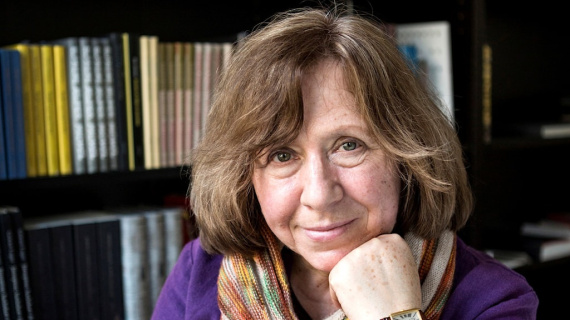 Every year, the culture, literature, and book publishing of a country or region are presented as guests of honour. This year, the Hungarian Publishers’ and Booksellers’ Association, in cooperation with Bázis (Hungarian Literary and Art Association in Slovakia), will focus on the best of literature from Slovakia both in Hungarian and in Slovak languages.

In accordance with our traditions, we will set up a separate stand for BÁZIS in the fairgrounds of the Book Festival. On Thursday, September 29, at 4:00 p.m., the festival will begin with the opening ceremony, which will be held at the National Dance Theater.

Within the framework of the Festival, the highly successful European Debut Writers Festival, presenting the talents of young prose writers from the member states of the European Union, will be held. The event is organized as a joint venture of the 27 countries of the European Union and will take place at the Europa Point of Budapest. /Ce projet a été réalisé grâce au soutien de l’appel Créativité à l’européenne de l’Institut frança. / This project will be organized with the support of the European Creativity Program of the French Institute.