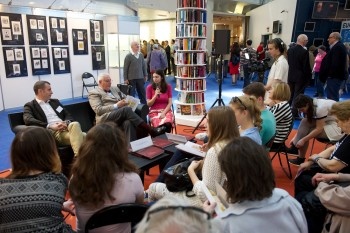 International Book Festival Budapest, held for the 27th time in 2020, is a recognized event of the international world of books, as one of the important professional and intellectual forums of the region.
The Book Festival awaits its visitors at Millenáris, which provides a rich cultural milieu, a modern atmosphere, an even smarter exhibition area and very good accessibility.

International Book Festival Budapest traditionally invites the most renowned authors of the world. Award ceremony of Budapest Grand Prize and the on-stage conversation with the prize-winner will be a special event of the upcoming Book Festival.

After the highly successful Guest of Honour presentations of Poland, the Czech Republic, Italy, France, Germany, Russia, Spain, Canada, China, Romania, Israel, the European Union, the Nordic Countries, Turkey the highlight fell on the Visegrad Group introduce the literature and the publishing industry of the four countries. In 2020 we are delighted to present Spain as Guest of Honour.

European First Novel Festival will be held for the 20th time within the frame of the Book Festival to introduce talented young authors from the members of the European Union. This event is a joint effort of 28 EU-member countries.
International Book Festival Budapest hosts about 100 authors from 25 countries, more than 400 Hungarian authors, scientists, and artists and offers a wide range of cultural programs, such as meetings with authors, signings sessions, book premiers and presentations, roundtable discussions, concerts, theatre performances, exhibitions and films. 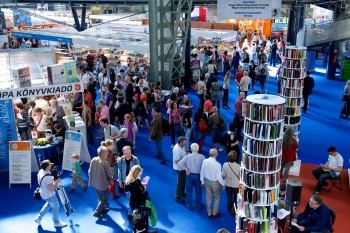 The Book Festival is also a professional and business forum, where trade meetings, conferences and lectures are held on the key issues of the book market and of reading habits. Librarians’ Club, the professional event of librarians is one of the special features of the Book Festival.

International Book Festival Budapest is a major fair with about tousands visitors annually, about 50.000 titles and hundreds of new publications.

Gyerek(b)irodalom (Children’s Lit Kingdom) is organized especially for children to satisfy the interest and needs of young generations with promotion of children’s books and special programs for kids.

We hope that you will visit the 27th International Book Festival Budapest to be held between 23–26 April 2020.